Conceived for twin pianos, live electronics, and voice, this exhilarating sonic exploration led by Jace Clayton, a.k.a. DJ /rupture, brings fresh insight to the artistic legacy of Julius Eastman – the mercurial gay African American composer who mixed canny minimalist innovation with head-on political provocation. The Julius Eastman Memorial Dinner is built around new arrangements of Evil Nigger (1979) and Gay Guerrilla (1980), two of Eastman’s most important, if rarely performed, piano compositions. As Clayton uses his own custom-designed ‘Sufi Plug Ins’ software to live-process the pianos of David Friend and Emily Manzo, he also intersperses musical vignettes – performed by neo-Sufi vocalist Arooj Aftab – to lend context and nuance to the composer’s saga, which was cut short in 1990 at age 49. 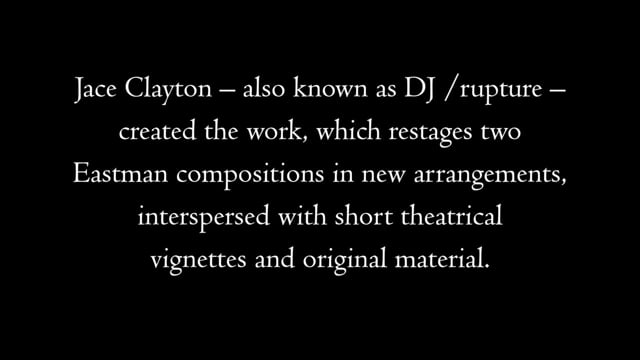