MM/KM is the sonic result of various roadtrips by musical auteurs mix mup & kassem mosse. together they go on journey to engage in experiments with wider perspectives, as they slide across scales, inching towards mileage. in their work as MM/KM they look at each others’ ideas and strategies, taking their music beyond their solo work. their first release is a minialbum on will bankhead’s label TTT (The Trilogy Tapes) with 7 tracks of great variety. both have collaborated extensively in the past on radioshows and podcasts, as well as their chill-out project “chilling the do” – by now they have come to know each others do’s and dont’s rather well and every once in a while one of them finds a way to push the other to some adventure on the edge – while they’re trying not to loose their minds and keep their gear from falling apart. usually they prefer meet in each others anechoic chambers, but if you’re lucky – they might come out at night and throw it down in some nightclub near you. 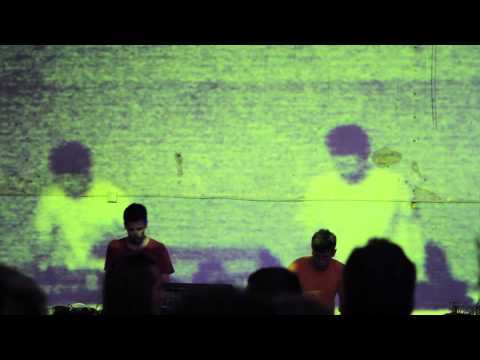