Over an evolving canon of full-length albums, astrally-aligned collaborations and some arresting visual work, Cameron Stallones aka Sun Araw has evolved as a singular purveyor of expansive,, contemporary psychotropic music that can encompass tweaked-out dub, free-wheeling improvisation and deep-focussed stumble-funk.

New Sun Araw record Saddle Of The Increate is a self-described “jackfruit rodeo”, an album concerning the roping and directing of cattle, specifically in reference to the Greek myth of the monster Geryon. Like other recent Stallones emissions it burns slow and bright, lacing through character narratives from the participants involved and deft slide guitar that places us in in some hallucinated, Herculean vision of the American West.

In recent times Stallones has played the stereo field with the gleaming refracted glory of 2014’s BELOMANCIE LP, which followed ICON GIVE THANK, an incredible collaborative album between Cameron,M. Geddes Gengras and roots reggae vocal legends The Congos via the RVNG label as part of their FRKWYS series. 2014 also saw a serendipitous glide round Europe in tandem with ambient pioneer Laraaji entitled The Play Zone. 2015 saw a three-way configuration of Sun Araw Band (aka S. Araw “Trio” XI) on GAZEBO EFFECT,  a 2xLP nocturnal stroll into the depths of a garden of “non-dimensional” sonic objects.

Cameron creates the artwork for each release, writes liner notes, and has started a photographic series of books and videos under the heading: Second System Vision. 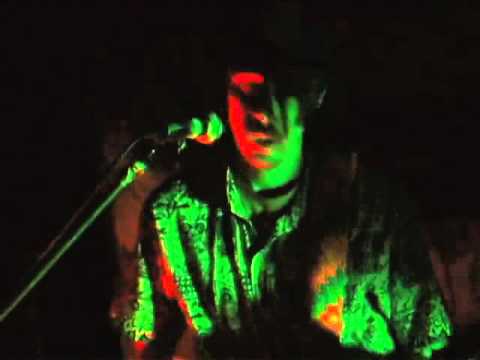