Rogério Brandão aka DJ Nigga Fox stormed into the international scene with his out of nowhere magnificent debut ‘O Meu Estilo’ 12″ released in 2013 on Príncipe Discos, where he presented the world with parts of his unbelievably vast pallet. As the title implies, there was and there is nothing quite like this, even in Lisbon’s ever more productive and creative beat-based music. He’s taken all sorts of lessons from local producers, as well as from the tracks coming in from Luanda, and has done his unnameable hybrid, informed by kuduro, afro-house, Angolan deep, tarraxinha, batida, and created some of the dopest, freshest music we’ve heard in years. As Philip Sherburne aptly put it, ‘Fox’s mastery of timbre brings to mind Shackleton and Ricardo Villalobos, which presents an interesting twist in the usual narrative: Where they look to Africa for inspiration, Fox warps far-out European club music to Angolan specifications.’
On its aftermath, blew a lot of minds & bodies at Unsound Festival in Krakow, made the WIRE magazine’s Top Critical Beats of 2013, FACT’s ’10 House and Techno Producers to watch in 2014′ and saw Radiohead’s Thom Yorke list ‘Weed’ on one of his Office chart. We had to wait until last March 24 for his follow up on Príncipe, the extraordinary and next level 12” entitled “Noite e Dia”, who had Resident Advisor praising “the four tracks [of the EP] are so bizarre and delirious they’re almost intimidating, and yet they’re exuberant in a way that could liberate dance floors.”. The following month Nigga Fox also saw the inclusion of his “LUMI” track included on Warp Record’s critically acclaimed Cargaa 1 compilation.
Also of note, his by now generous live curriculum includes thunderous performances at Sónar Barcelona and Roskilde Festival among other festivals, and last year slaying the Berghain crowd after Arca’s set on a mythical Janus night in Berlin’s techno cathedral or heading out to Mexico City for the latest Residencia NAAFI @ Museo Jumex. 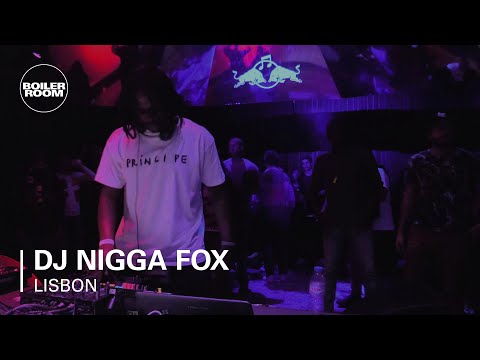