Contrast. Objection. Antithesis. This is how you might start an attempt to describe the world. A seemingly chaos of shapes and thoughts that don’t belong to each other. An overall image to be found in life and in music. But that’s not Fiedel’s view of the world. Where others make distinctions, he sees connections, where others find emptiness, he finds rooms full of opportunities.

Finding those harmonies, connections and contexts marks out his musical work. The synthesis of apparently opposing music, the interaction and the mix of styles and moods, without loosing the storyline, that makes out the characteristic Fiedel sound.
Born and raised in Brandenburg, he finds access to the music through various artists and styles in the mid 1980ies. He was influenced by artists of the old school hip hop like Mantronix and Egyptian Lover and the early works of Depeche Mode and Kraftwerk. A very important influence was Monika Dietls radio show at Radio 4U in West-Berlin. Her show aroused the fascination and the longing for musical freedom and diversity, that was not possible in former Eastern Germany. Those impressions gave him a first feeling, a first vision of what should become alive later on.
After the wall came down, the way was open to access a fresh scene, and with it came a whole spectrum of new and old music to discover. In the beginning of the 1990ies, he started Djing in public as a regular at the Monday events at Subversiv. Shortly after he began his collaboration with his befriended Errorsmith under the name of MMM. They released several productions and play live shows. Since 2000 he is resident at Ostgut and later on at Berghain. On the compilation Fünf he had his first solo release on the incorporated Ostgut Ton label. In 2012 he eventually founded his own label Fiedelone, to give his own productions a more personal base. In spring 2014 he developed a live set, which he premiered at Berghain.
You can say one thing about Fiedel: he is no techno or house stereotype pattern, that you can put randomly on a every evening or club. He is lead by his history, the history of the music and the feeling of the moment to build something new and to capture this very moment. Let it be the straight dark techno of today, banging acid of the 80ies or an electro funk record, Fiedel surprises. He undermines and overrides expectations and refrains to limit the music for any reason. He lets the music speak for itself, through himself. 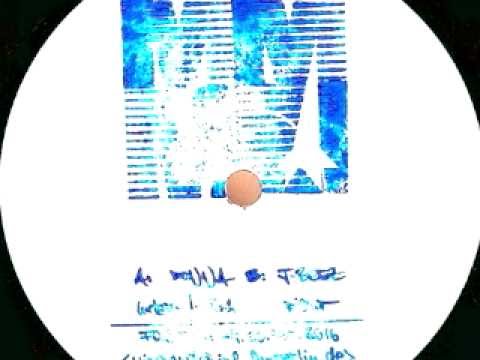