Norberto Lobo is a prodigious acoustic and electric guitar player from Lisbon with a career hitting upon his first decade. He’s done his profound reading of the most auspicious and melancholic melodies (a place where Steve Reich, Jim O’Rourke, Paulinho da Viola and Carlos Paredes all make sense together unto one existence), has been deeply enriched by the harmonic depth & richness of the samba/bossa heritage (which he knows by heart), and his composition in both short and longer-form is nothing short of remarkable – a sense of structure, narrative and storytelling complete by a total absence of any tics or theatrical antics, in which every turn is revised and remade for maximum fascination for both musician and audience. That and he has one of the best left-hands around – for a right-hand guitar player. Jack Rose and Ben Chasny said so. His fans include Gary Lucas, Naná Vasconcelos and the tragically defunct Llasa de Sela.

His new album ‘Fornalha’, out now on the swiss label three:four records, sounds more like the work of an open format radio program or some Root-strata summer mix tape than a document of a guitar recital. The image of a musician as DJ is one that allows us to think about the musician as a listener, rather than a performer; listening rather than reciting. Norberto seems to strangely and effortlessly modulate psychedelic ideas to the guitar. But what is wonderful about ‘Fornalha’ is how he puts all of this to work to wonder about how we hear one thing following another (montage) and how these horizontal shifts can alter our perceptions. The record moves through the listening spaces like a New Orleans processional gathering and dropping sounds, as it winds through different chambers. Bowed guitars that sound more like bright cellos, a prepared guitar that sounds like a dry plastic lute and some sweet vocal oohing reminiscent of Brian Eno’s fried-orchestral singing in Gavin Bryars’ ensemble “1,2, 1-2-3-4” make up some of this processional band. It is how these materials are tweaked, by time and space, that makes this record so strange; how one sound or one acoustic space alters and relieves the way we listen and our memory of what we have heard. At the end of the record, following a series of lush filter swept chambers, a dry guitar comes in, playing a chromatically bent lyrical ballad – transforming what we are hearing, the space where we hear it and what we have heard; the lightest ghosts 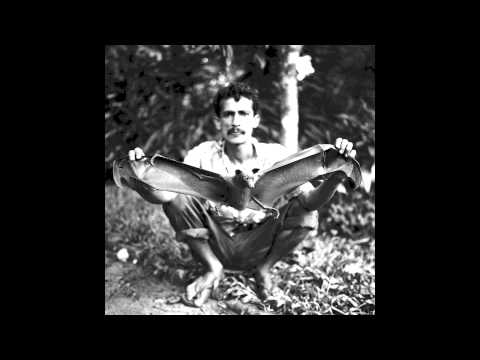