(The Oscillation, Hands In The Dark – UK)

TOMAGA channels various forms of multi-instrumentalism into music that moves by turns through industrial, jazz, psychedelia and minimalism, on it’s way to somewhere wholly other. Devoted to musical exploration, this London based duo obsessively deconstruct familiar tropes, looking for the tension that lies between improvisation and form.

Rather than the complex, abstract sound that we might have expected to result, the duo’s minimalist compositions are darkly psychedelic, elusive and deeply imbued with images – as though they have set some curiously unsettled, surreal dreams to music.

After their first, self-produced cassette, ‘Sleepy Jazz For Tired Cats’, which was released in 2013, TOMAGA released the acclaimed ‘Futura Grotesk’ LP on the Hands in the Dark label. They release a new LP ‘Familiar Obstacles’ in October 2015 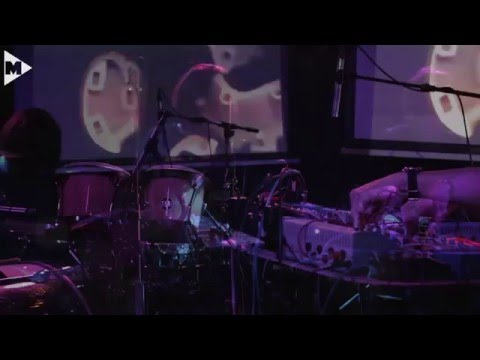