Performing a soundtrack to 'Lucifer Rising'

(Hands In The Dark, meakusma - UK)

Tomaga perform a live soundtrack to Kenneth Anger’s 1966 occult classic film from his Magick Lantern Cycle ‘Lucier Rising’. The band use various musical themes to explore the rich symbolic content of this  intoxicating cinematic oddity, channeling their characteristic rhythmic intensity into several distinct movements that move through the bucolic, ritualistic and bewildering by turn. Originally performed as a commission in London in summer 2071 and since performed at film festivals across Europe.

TOMAGA channel various forms of multi-instrumentalism into music that moves by turns through industrial, jazz, psychedelia and minimalism, on it’s way to somewhere wholly other. Devoted to musical exploration, this London based duo obsessively deconstruct familiar tropes, looking for the tension that lies between improvisation and form.

Tomaga formed in 2014 and have already released an impressive discography. Their most recent release is ‘Memory In Vivo Exposure’ which was included in several best of 2017 lists including Uncut Magazine and The Attic.

Tomaga were described by BBC Radio3 as ‘the best band in the UK’ after performing a session as part of The Great Escape Festival in Brighton in May 2017.

In April 2017  Tomaga comprised part of the 8 person ensemble who performed the CAN Project (alongside original Can singer Malcolm Mooney, Sonic Youth’s Thurston Moore and Steve Shelley, My Bloody Valentine’s Deb Goodge and others) at the Barbican (a show that sold out 2000 tickets in 8 hours). They were also named by avant-garde luminary Thurston Moore as one of the 5 bands you should know about right now in a recent article for NME.

Having been invited to tour with such musical luminaries as Wire, Deerhoof, Thurston Moore, FAUST, Lee Ranaldo and Silver Apples since their formation, TOMAGA are truly one of the finest live acts around.

In addition to this they have done collaborations with Turner Contemporary Gallery in Margate (staging a performance using the artworks of Pedro Reyes), Musee D’art Contemporain De Lyon (contributing a sound object to the Yoko Ono exhibition ‘Lumiere De L’aube’), plus imminent collaborations with legendary French instrument maker Pierre Bastien for Supersonic Festival in Birmingham. 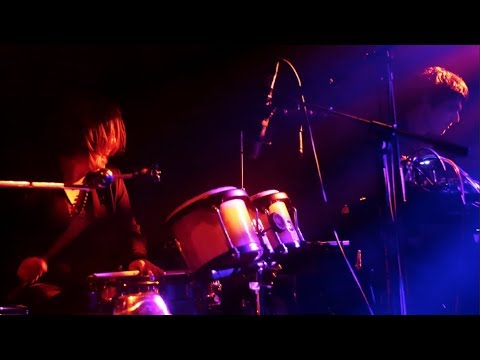