Maurice Louca, an Egyptian musician and composer born in Cairo, is one of the most gifted, prolific and adventurous figures on Egypt’s thriving experimental arts scene today.

Maurice Louca has in recent years garnered a global reputation through two previous solo albums and an expanding, evolving lineup of genre-defying collaborations. The Wire called his 2014 sophomore solo effort, Salute the Parrot, »remarkable music – dense, driven and splashed with colour.« In 2017, the self-titled debut by Lekhfa, the trio of Louca and vocalists Maryam Saleh and Tamer Abu Ghazaleh, was praised as an »edgy triumph« in The Guardian.

For Louca, Elephantine, his 3rd and most ambitious album to date, serves as both the pinnacle of his wide-ranging experience and a bold next step in his development as a composer, arranger and bandleader. On this panoramic 38-minute odyssey performed by a dozen musicians, he culls inspiration primarily from the brilliant players in his international artistic community – especially sometime collaborator Sam Shalabi’s Land of Kush. That outsize, otherworldly large ensemble, Louca explains, provided the catalyst for him to tackle »this idea of writing for bigger bands that I thought was reserved only for the Frank Zappas of the world.« He was emboldened further by the extraordinary, empathic musicianship of his group – a multinational assembly to match the all-embracing aesthetic at hand, and boasting personnel from Egypt, Italy, Iraq, Sweden, Turkey and Denmark

The music – from its pensive lulls through its stretches of hard-grooving hypnosis and moments of avant-jazz catharsis – testifies to that rapport. Best absorbed as a continuous performance, Elephantine’s six individually named tracks nonetheless present striking self-contained landscapes. »The Leper« entrances through a deft use of repetition that Louca gleaned from cosmic jazz, African and Yemeni music and other transcendental modal traditions. Those who’ve followed Louca’s work might be reminded of the Dwarfs of East Agouza, his mesmeric unit with Shalabi and Sun City Girls’ Alan Bishop. »Laika« manages to evoke the minimalists, though on the combustible terms of ’60s and ’70s free jazz; »One More for the Gutter,« on which Louca ingeniously pits one half of his ensemble against the other, albeit in a synergistic way, mines similarly fiery terrain. »The Palm of a Ghost« distills the band to a Cairo-rooted core, for an Arabic meditation featuring stirring spontaneous melodies from oud player Natik Awayez, violinist Ayman Asfour and vocalist Nadah El Shazly. The album’s title track follows, and it too blurs the border between composition and improvisation with gorgeously atmospheric results. »Al Khawaga,« with its colossal ensemble riffs, beautifully dirty swing and impassioned blowing, is an ideal finale.

Realizing a project of this power and magnitude wasn’t without its obstacles, though as Louca explains in his self-possessed way, it was more challenging and exciting than what might be called difficult. There was the unfamiliar scale to consider, and the hurdle of securing funding. And although interest in the progressive arts flourished in Egypt in the immediate aftermath of the Arab Spring, today the country harbors a robust base of smart, hungry music fans with few places to attend shows, due to bureaucratic constraints. Still, Louca feels blessed on all counts. »What these musicians delivered was really more than I could ask for,« he says. »Everyone played their hearts out on this record.« 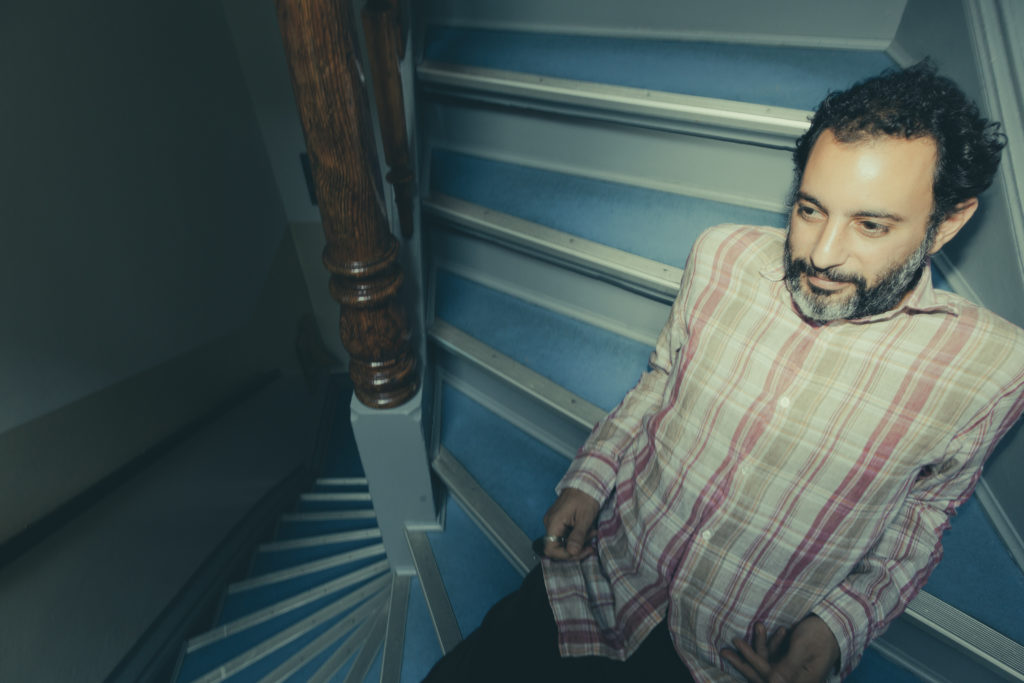