Günter Schickert, four decades of multi-instrumental cosmic explorations, under Berlin`s sky, above genres, and compromises. Listening to his debut LP of 1974, the monumental “Samtvogel”, it is an overwhelming experience. All those layers of echoing guitars roaring into space can cause major releases of dopamine. “Samtvogel”, self-published first, then licensed to Brain, equaled the imaginative leap and sonic power of the early Pink Floyd, Manuel Gottsching`s Inventions For Electric Guitar or A.R. & Machines `s Die Grüne Reise.
What followed, from his second LP Überfällig on Sky Records to his collaborations with Klaus Schulze, Jochen Arbeit and Schneider TM, even if little acclaimed, spans a large spectrum of music styles, always through a distinctive and personal aesthetic, that is deeply linked to the one he firstly crafted back in `74, when Schickert pioneered the use of echo effects applied to guitar playing. 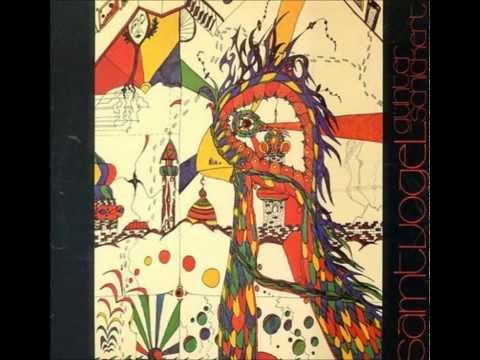