I don’t feel at home in this world anymore

The core footage from the moving image show will feature video footage from the 400 hours shot by Alan Lomax between 1978 & 1985 (an era that seems to have been overlooked by archivists). Highlights include the first R.L. Burnside moving image, Skip James’ buddy Jack Owens, Otha Turner leading the Rising Star Fife & Drum Band at one of his picnics, Boyd & Ruth May Rivers, the Hicks and Proffitt families of Beech Mountain, North Carolina (from whom the song “Tom Dooley” originally came), Quad-Split camera footage of the 1982 Holly Springs Sacred Harp Convention, a funeral parade with the Dirty Dozen Brass Band, the Pretty White Eagle Mardi Gras Indians, Ernie K-Doe at Winnie’s in New Orleans, one-string guitar playing, breakdancing & much more. This footage is remarkable because it shows folk cultures in full blossom during a time when pretty much no one gave a damn about them & barely anyone was bothering to record them. As is always the case with vibrant cultures, the blues, country, folk & jazz that Lomax was filming was rapidly mutating to fit the times, so the footage has a feel very contemporary to the late 1970s & early 1980s, yet it is very foreign to our popular mass culture image of what was happening during that period.

Beyond the Lomax footage there will be rare footage of musicians associated with the Mississippi Records label such as one man band Abner Jay, angel channeling Bishop Perry Tillis, Rev. Louis Overstreet and his four sons, legendary folk singer Michael Hurley & many more. Each film segment will be introduced with brief stories about the musicians. There will also be a short slide show that tells the story of the underground music industry & Mississippi Records. 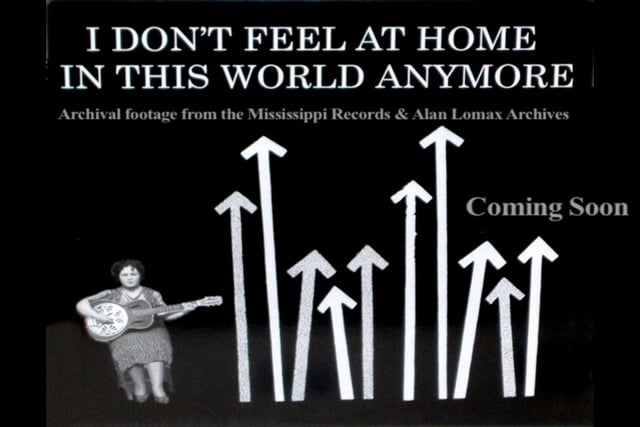