Keith Fullerton Whitman is a Composer & Performer currently based in Brooklyn. He is in the process of realizing geographically & thematically relevant Live Electronic Music under the “Redactions” banner, as well as performing contemporary revisions of his classic “Generators” and “Playthroughs” frameworks. Recently he has performed at the GRM’s Immersion festival in Paris, Documenta 14 in Athens, The Labyrinth in Niigata, MaerzMusik’s The Long Now in Berlin, Semibreve in Braga, Send + Receive in Winnipeg, The Geometry of Now in Moscow, and at the Don Buchla Memorial Concerts in San Francisco.

A 2011 joint commission from Sonic Acts, Kontraste Krems, and Le Groupe de Recherches Musicales (GRM)  led to a week-long session in the fabled INA-GRM studios in Paris, during which Keith realized a life-long dream, completing an 80-channel, long-form Musique Concrète work entitled “Rythmes Naturels” utilizing many of the idiosyncratic early-electronic instruments held in the studio’s archive. In 2015 he completed a second piece, “Trilogie d’Erreur” for the GRM’s yearly “Présences Electroniques” festival, then in 2017 a third, “Coupigny Redactions”, for their “Immersion” festival. These works remain unreleased in a commercial context.

From 2003 to 2015, he helmed a highly specialized experimental-music distribution company named “Mimaroglu Music,” charged with helping labels & artists all over the world with the preparation & dispersion of their tangible music artifacts. Prior to this he was the Sales-Manager of noted New England distributor Forced Exposure, for whom he personally penned hundreds of “capsule” descriptions of catalogue new-arrivals. After Mimaroglu Music’s dissolution & his relocation to Melbourne in late 2015, Keith started “Broken-Music” in mid-2016. In 2019 he will launch a similar service based in Brooklyn. 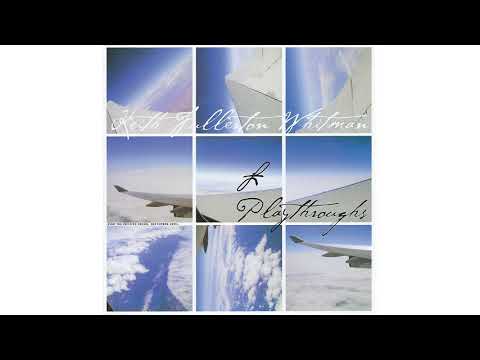