Perceptual Geography is a new solo live project by Thomas Ankersmit for Serge Modular synthesizer, based on the pioneering research of – and dedicated to – legendary American sound artist Maryanne Amacher (1938-2009). The project premiered at CTM in Berlin and Sonic Acts in Amsterdam, early 2019. An excerpt here (please use speakers, not headphones).

The Wire wrote: “Thomas Ankersmit’s tribute to Maryanne Amacher, diffused through the GRM Acousmonium, swims right through you. Dense thickets of sirens and penetrating waves of sub-bass activate the body of the listener, creating phantom tones seemingly from within my head and making my chest cavity feel like a speaker itself, as if it had joined the Acousmonium … One of the festival’s highlights.”

Perceptual Geography is a concept of Amacher’s, referring to a three-dimensional choreography of sonic phenomena and their experience – it is also the starting point for this new project. Exploring the architectural and acoustic personality of each performance space anew, the work will never sound the same twice.

Maryanne Amacher is an iconic figure in the experimental music world. She studied with Stockhausen and collaborated with Cage, but is mostly known for a body of work that is uniquely her own. She was drawn to extremes; from a whisper to a hurricane of sound. Her work crossed boundaries between science, music, and art; she was a researcher at MIT and her shows ranged from Woodstock to the Whitney Museum. In 2005 she received Ars Electronica’s “Golden Nica”, their highest honor.

Amacher’s research on perception, psychoacoustic phenomena, sound spatialization, and expanding the role of the listener, form the basis of Ankersmit’s new project. In a time when seemingly everything is consumed via screens and headphones, this is a performance that can only be experienced in the present moment and actual, physical space.

Amacher and Ankersmit first met in New York in 2000 and became friends in her later years. He considers her one of his greatest influences.

Thomas Ankersmit is a musician and sound artist based in Berlin. He plays the Serge Modular synthesizer, both live and in the studio, and collaborates with artists like Phill Niblock and Valerio Tricoli.

His music is released on the PAN, Touch, and Shelter Press labels. Ankersmit performs at venues ranging from Berghain to Tate Modern to experimental and electronic music festivals worldwide. He’s also lectured at universities like Harvard, Stanford, CalArts, and Goldsmiths.

His music combines intricate sonic detail and raw electric power, with an extremely physical and spatial experience of sound. Acoustic phenomena such as infrasound and otoacoustic emissions (sounds emanating from inside the head, generated by the ears themselves) play a central role in his work, as does a deliberate, creative misuse of the equipment. 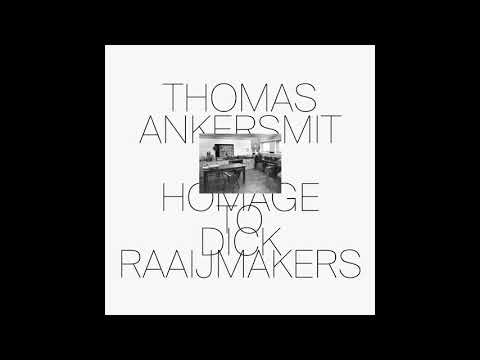