Ulrich Troyer’s artistic approach is dominated by an interaction between architecture, music and fine arts. He created the radio play „SEHEN MIT OHREN (SEEING WITH EARS)“, an acoustic study on the spacial perception of blind people. The acoustic space and the reverberation of sound events form a circular theme in his work. Troyer’s commitment to dub production methods offer the perfect playground for his sonic experiments. His interest in sound system music (bass, dub, techno and their abstractions) led to the trilogy SONGS FOR WILLIAM. The project combines music, hand drawn visuals for the live performance, and a graphic novel telling the story of a guitar effect pedal named WILLIAM. 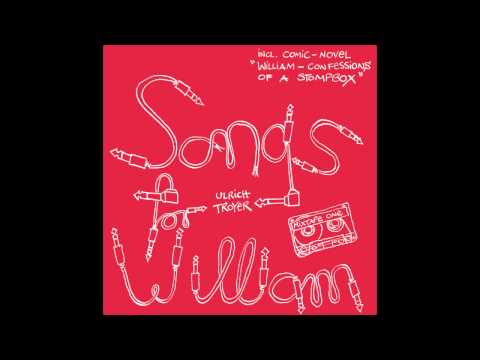