One of the second generation of New York minimal composers, Dreyblatt studied
music with Pauline Oliveros, La Monte Young, and Alvin Lucier and media art with
Woody and Steina Vasulka.

Arnold Dreyblatt has charted his own unique course in composition and music
performance. He has invented a set of new and original instruments, performance
techniques, and a system of tuning. Often characterized as one of the more rockoriented
of American minimalists, Dreyblatt has cultivated a strong underground
base of fans for his transcendental and ecstatic music with his Orchestra of Excited
Strings. He has recorded for such labels as: Zaddik, Table of the Elements, Drag City,
Recommended, Black Truffel, Choose and Hat Hut and has performed throughout
Europe and the US since 1979.

His music has been performed by the Bang On A Can All-Stars, Jim O’Rourke, The Great
Learning Orchestra Stockholm, Pellegrini String Quartet and the Crash Ensemble Dublin. He
has recorded for such labels as Tzaddik, Hat Hut, Table of the Elements, and Cantaloupe.In
2009, Dreyblatt formed a new ensemble for concerts for Nymusikk in Oslo and the Impakt
Festival in Utrecht with himself on Excited Strings Bass, Jörg Hiller on Percussion and
“Motor-Guitar”, Joachim Schütz on modified E-Guitar. The ensemble grew out of many years
of collaboration with Jörg Hiller as musician, music producer and recording engineer. This
ensemble has continued to peform internationally at the SKIF Festival, St. Petersburg; MMI
Festival, Marseille; Face E Festival, Geneva and at the State-X/New Forms Festival in the
Hague as well as in galleries and concert sites in Germany such as the Stadtgarten, Köln,
Mex 21 Festival, Dortmund; Kunst als Klang Festival MANALESE editions and Neue Berliner
Kunstverein and at the Berghain in Berlin as part of the MaerzMusik Festival among other
venues.


Arnold Dreyblatt (b. New York City, 1953) is a composer, performer and visual artist. He
studied music with Pauline Oliveros, La Monte Young, and Alvin Lucier and has been based
in Berlin, Germany since 1984. Among the second generation of New
York minimal composers, Dreyblatt developed a unique approach to composition and music
performance. As he began his music in the late 1970’s in New York, he invented a set of
new and original instruments, performance techniques, and a system of tuning and has
formed and led numerous ensembles under the title “The Orchestra of Excited Strings”. In
2007, he was elected to the German Academy of Art (Akademie der Künste, Berlin). He is
currently Professor for Media Art at the Muthesius Academy of Art and Design in Kiel.
Dreyblatt has been composing music for his own and other ensembles for over thirty years.
Often characterized as the most rock-oriented of American minimalists, Dreyblatt has
cultivated a strong underground fan base for his transcendental and ecstatic music with his
“Orchestra of Excited Strings”. The New York native studied film and video at SUNY with
Woody and Steina Vasulka, and earned his masters from the Institute for Media Studies at
S.U.N.Y. Buffalo. In the mid-’70s, he studied composition with Pauline Oliveros and LaMonte
Young, then with Alvin Lucier while completing his masters in composition, completed in
1982. By that time, Dreyblatt had already been directing his own music ensemble, the
Orchestra of Excited Strings, for three years. In 1984, he moved to Europe where, in addition
to composing, he began to work in performance and the visual arts. He has received
numerous grants, stipends and commissions including the Philip Morris Art Prize,
Foundation for Contemporary Performance Art and from the Irish Arts Council. Musicians
and Ensembles which have performed his music include the Bang On A Can All-Stars,
Pellegrini Quartet, Jim O’Rourke, Crash Ensemble, Dublin, and the American Indie-band
Megafaun. Dreyblatt has been a guest composer at Amsterdam’s STEIM; Berlin’s
Kunstlerhaus Bethanien; Music Gallery, Toronto; with the Austin New Music Ensemble, and
the Great Learning Orchestra, Stockholm.

Konrad Sprenger is the pseudonym of Joerg Hiller, a composer, music producer and
artist based in Berlin. He was born in 1977 in Lahr, Germany.
Hiller runs the Choose record label, for which he has produced recordings by artists
Ellen Fullman, Arnold Dreyblatt, Robert Ashley and Terry Fox among others.
He has performed live with the bands Ethnostress and Ei and the art collective
Honey-Suckle Company. Since 2000 Hiller regularly performs together with minimal
music composer Arnold Dreyblatt and composer/ instrument builder Ellen Fullman.
His recent focus has been on live performance with a computer-controlled multichannel
electric guitar.
His music and installation work have been presented at Hamburger Bahnhof,
Berghain, Gallery Giti Nourbakhsch, Podewil, Schaubühne, Pavillon der Volksbühne,
Berlin; Badischer Kunstverein, Karlsruhe; Kunsthalle, Baden-Baden; Frankfurter
Kunstverein; Künstlerhaus Stuttgart; Kunsthalle Basel; PS1, New York; Cubitt
Gallery, London; and Sonar, Barcelona among others. 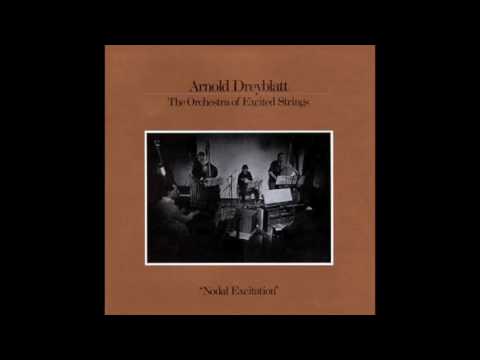